As the anniversary for the bushfire approached, Fabrik worked towards an exhibition that would bring to focus ways the community had used creativity as a tool for recovery.

This was a vulnerable time for the community. It remained important to acknowledge that the recovery process was still continuing. In fact, for some community members, the anniversary had the effect of reminding them that trauma remained in their psyche, still unresolved. Counselling services reported an increase in visitation during this time. But people were also expressing the desire to look towards a positive future.

The Regenerate exhibition was an opportunity to mark the moment of the fire anniversary, while also celebrating the resilience and creativity of the community. The exhibition included works made by participants in Fabrik’s Creative Recovery workshops, as well as works by children and community members as part of their own creative impulse.

One community member, faced with the blackened landscape surrounding her family’s temporary accommodation, had taken weekly photos of her view, documenting the regeneration of the land.

Others used the burnt and regenerating landscape to create works, including eco­ dyed fabric and raku pit­ fired ceramics.

Picking up the Pieces – Pauline Cockrill

“This installation represents both my personal loss and recovery process after the Cudlee Creek fire. The bushfire destroyed our hay and tack shed, another shed, caravan, a car, wood pile and all the horse paddock fencing.

When we were allowed to return after 19 December it was devastating. The indiscriminate nature of the bushfire was obvious during the drive home. A house saved. A house flattened. What were we going to find? We were lucky. But for the CFS, kind neighbours and a change of wind direction, our house was still standing and our animals were safe.

Then it was time to pick up the pieces – quite literally. The hay shed and caravan had exploded and the paddock was littered with debris. I was concerned for my horses regarding the shards of glass, wire, nails and other pieces of twisted metal embedded in the ground. It felt good just to be doing something positive in a time when life felt out of control. I am a museum curator. I like order. I know how to catalogue things. It became a daily ritual to scour the earth for fragments; to decide what they once were; to sort and categorise them. It was methodical, useful work. My long service leave started around the same time as COVID struck. All promise of travel was suspended and instead I continued this obsessive task of picking up the pieces.

The actual process was therapeutic. The initial mindless, mechanical work helped block out the anxiety and guilt that was always bubbling to the surface. Later the making of this installation at Fabrik was mindful, peaceful work. It gave me a sense of control over the uncontrollable. It was also a time to reflect, let go of what was lost and be thankful for all those people who have helped us through the long recovery process.” 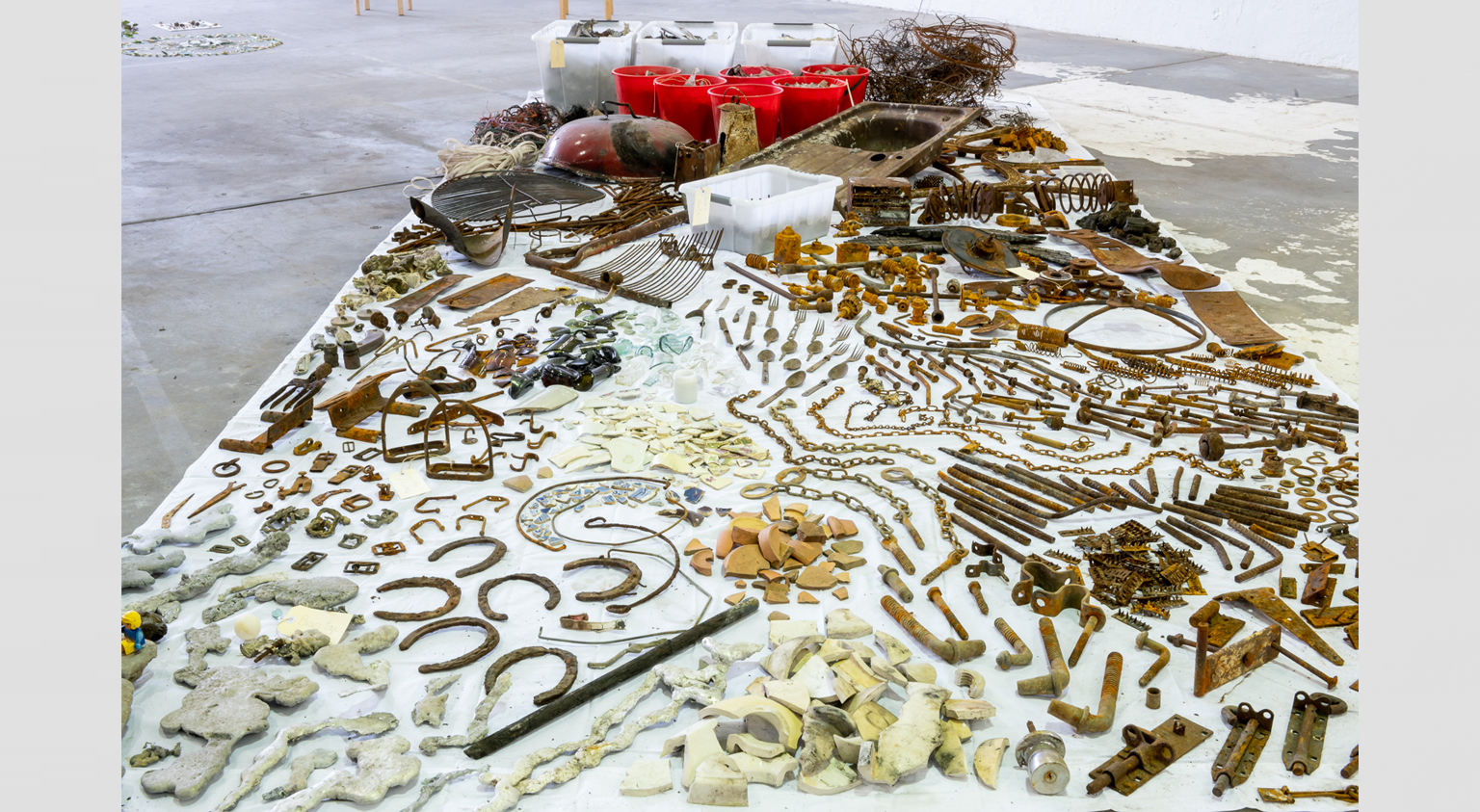 Continue to: Strumming and strolling